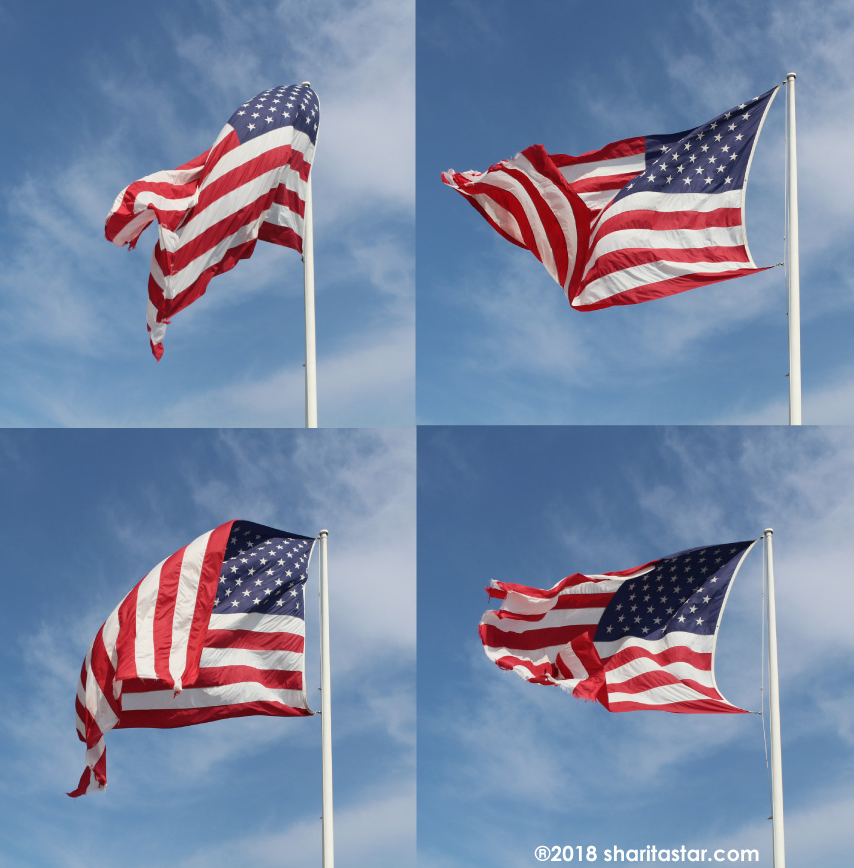 There probably isn’t a person who could disagree -no matter what it is they choose to politically believe- that The United States of America most certainly tapped into a very strong learning curve over the past year, the very promise of The Learning for America, 2017-18 3 Personal Year Cycle. As this year favored the practice of becoming a student for America, it is now time for the nation to completely expect the unexpected to continue on an even more intense level. Working with thinking outside of the box, discovering the difference between tolerance and allowing, as well as recognizing any resistance is futile as it celebrates 2018’s birthday, now marks the fourth and final year of the foundation laying process within the country’s current 9 year span of time that began in 2015.

Now that the USA’s 3 Personal Year has concluded -which preferred growth to occur concerning the seeds planted for the nation back in 2015-16 in it’s 1 Personal Year- America’s current energetic cycle via numerology shifts to the 4 Personal Year. As Jupiter guided their 2017-2018 3 Personal Year cycle, the energetic pulse of being willing to be educated, seek optimism and honor the truth within any situation was favored- whether these concepts were actually embraced or not. Jupiter finishing up in regenerative Scorpio and soon to move into the aims of Sagittarius before the close of 2018 will absolutely remain an important astrological transit to continue to observe for the nation.

However, the current planetary focus for the year ahead overall for America now shifts to intimately looking at the transit of Uranus between Aries and Taurus via how we can connect the timing of numerology cycles with those of astrology.

Uranus -whether it guides a 4 Personal Year, 4 vibration karmic path (4, 13, 22 or 31st of any given month) or the astrological sun sign of Aquarius- tells us we are meant to be focused upon breaking through the normal, becoming visionary, overcoming obstacles, implementing originality and know that individualism is the key to working with the whole continuity of humanity. Equally in any natal birth chart- the placement of one’s Uranus determines their ability to be unique; where they can naturally expect there is a different way they need to be in the life from everyone else; be prepared for unexpected turns; as well where they will find if they do not allow obstacles to stop them, they will prevail through determination.

In a 4 Personal Year, there is a request to absolutely adhere to a going with the unusual flow in order to allow for the solidarity to be experienced within it naturally unfold. What comes next for America is all about expecting the unexpected in order to break-through and overcome obstacles to properly prepare for 2019’s promised blossoming and permanent changes in a 5 Personal Year that leverages everything. 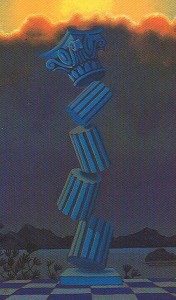 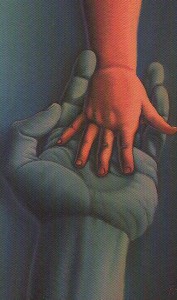 The higher vibration of the country’s “new year’ for 2018-19 is that of the 22. (7 + 4 + 2 + 0 + 1 + 7= 22/4) The Chaldean numerological system views the Master Number 22 as ‘Submission – Caution.’ As much as these ancient meanings via Chaldean Karmic Mysteries were composed so long ago, these interpretations still very much can be translated and related to within our modern day, granting a most uncanny value for us to embrace into our understanding.

22 is symbolized by the ancients as “a Good Man, blinded by the folly of others, with a knapsack on his back, full of errors.” In the image he seems to offer no defense against a ferocious tiger, which is about to attack him. It’s a warning number of illusion and delusion. It indicates a good person (or entity) who lives in a fool’s paradise; a dreamer of dreams who awakens only when surrounded by danger, when it’s often too late. It warns of mistakes in judgment, of placing faith in those who are not trustworthy. If 22 is present (even as a personal year cycle), the person or entity it represents should exercise caution and watchfulness in both career and personal matters. The karmic obligation here is to be more alert, to curb “spiritual laziness,” and develop more spiritual aggressiveness- to realize your own power to change things, to prevent failure by simply ordaining success. When this personal responsibility is recognized, practiced, and finally mastered, the 22 person can be in control of events, no longer blinded by the folly of others, and will see ideas achieved and dreams realized. Any entity influenced by the 22 of any month needs to carefully understand their natural relationships with the numbers 4 and 8, and all of their vibration combinations.” ~Linda Goodman’s Star Signs 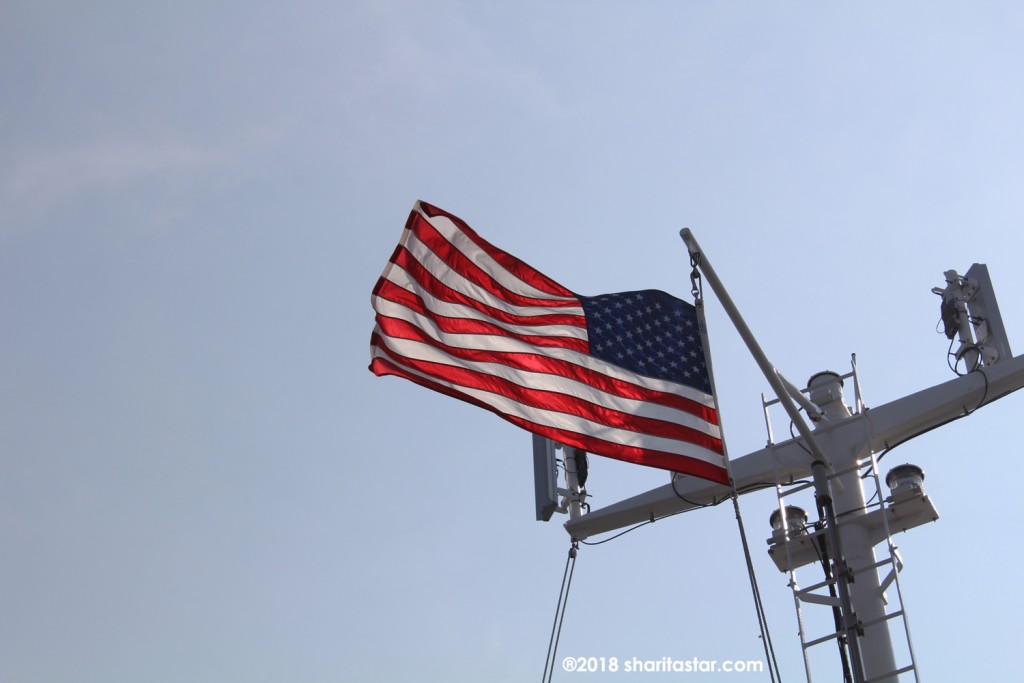 Certainly, the country has all the potential to be seen by the world to reinvent itself this year. The 4 energy favors (and bear in mind the USA is a 4 karmic path nation as well) stepping away from status quo, daring to be different. However with a Master Number 22, as the Chaldean Karmic Mystery advises, caution and the submission to be watchful is necessary to avoid emotional turbulence which has a very high potential to unfold. As many feel America obviously has a lot to change and reinvent, the year ahead assists the country to recognize that the tolerance versus allowing process is an important part of how the nation must now work with originality moving forward to master our current experiences in order to evolve.

Equally, through Uranus’s guidance over this 4 Personal Year cycle, a very masculine and airy intellectual energy is abound. This planetary influence is seemingly wild with erratic energy, frequently misunderstood, and is not willing to follow nor fit into whatever is considered the norm. Once again, the country must align in the willingness to overcome obstacles, think differently in ways that have not been embraced before.

When connecting the forecasting dots from numerology to astrology, we now look at the country’s natal birth chart. Being once again, Uranus is in charge of the 4 Personal Year, this is the planet we closely observe as it equally journeys through the nation’s current transits all year long.

Uranus is a celestial vessel that moves through all 12 of the zodiac signs- spending approximately 7-8 years within each of them, taking approximately 84 years to complete one turn around the entire wheel in each of the 12 signs. Currently on the tipping point of Aries and Taurus, within 2018-19’s 4 Personal Year, the Uranus energy will be ultimately focused upon changing the country’s willingness to step outside of the box. The wavering between rebelliousness and the striving for stability and security is a strong theme as the year ahead will play itself out.

As the 4 Personal Year officially began for the USA upon 04th July, Uranus is in current transit in the nations’ natal 5th house of creativity and children as well as how it is able to find pleasure through entertainment and luxury. Equally it is in a sextile to the nation’s natal Venus at 03 degrees Cancer in the 7th house of legalities and agreements, favoring we do examine harmonious agreements within the country’s relationships to others. Previous relationships that need to be examined for what needs renewal or complete dissolving between them is also is also highly likely. This indicates a specific timing is everything point as to where the USA can expect to end or relationship changes to come to fruition –some that have been brewing to be resolved or concluded for quite some time- and the end result will be that these changes are vital, transforming and they will never return again to what they once were. Ideally, new patterns of relating to others and legal agreements are meant to suit the country, versus choosing to remain stuck in frustrating situations that do not serve anyone’s highest good.

Uranus turned Retrograde upon 07 August 2018, favoring reflection within this 5th house sector of life to be ultimately required, as a pure purging and cleansing of the nation’s ability to heal what is currently going on concerning children, it’s abilities to manifest creation and how it can sustain enjoyment without being materialistic. Upon 11 November 2018, it crosses back into the nation’s 4th house, where reflection shifts at this time to what the country needs to reconsider concerning it’s abilities to nurture the home and family life and what is unfolding within it’s closest environments.

Equally, as Uranus will already have moved back into Aries 07 November, this is a very volatile time as when any outer planet crosses into another sign, we most certainly can see disturbances in the force. Uranus is also the planet that rules over earthquakes and natural disasters, due to the fact we never quite can predict what their outcomes will exactly be before they surprise us.

Uranus is on the tipping point of the nation’s 4th house moving in retrograde motion at this time, expecting the unexpected is more than wise to do, and being prepared to go with the flow is absolutely necessary. Also in transit at this time will be Venus Retrograde, who will directly oppose Uranus Retrograde on 31 October, and continue in a close opposition into the middle of November. Redefining power, money relationships and the USA’s view upon it’s vitality for it’s future will all be swirling in the mix of our upcoming Autumns reflection, which will be nothing short of intense.

Upon 05 January 2019, Uranus turns Direct, still in the nation’s 4th house of home and family life. At this time we also see the station of Uranus to be squaring the nations’ natal Pluto in the 2nd house of possessions, value security, and how the country is able to acquire income. The New Year certainly opens for the country on a very disturbing note once again, as the transformation of power concerning value as well as how this affects the home and family life is seeking for a new structure to be implemented.

Everything surrounding security in the country is going to be seen in such a way that it has never been seen before. Complete transformation and regeneration will be in motion, removing old habitual patterns and entering an energetic new phase of existence. At the very best, there can be a very spiritual insightful way this can manifest, and the will of being powerful wishes to exemplify itself in a way that is different and outlandish at first, but over time it is seen as revolutionary.

Moving forward in 2019, Uranus shifts back into the to the nation’s 5th house again upon 01 March just before it moves completely forward, re-entering Taurus upon 05 March for the next 7 years, and equally remaining in this area of the country for the majority of it.

As America’s 4 Personal Year carries out, placing proper attention upon expecting the unexpected, remaining open minded, working with originality and casting off judgment is critical to adhere to. This applies all year long to the country’s approach to children, manifestation, nurturing, caring for the home and family, and what we see unraveling within our closest environments. Certainly a time in the country’s history to continue to remain alert, aware and work with accepting changes versus resist them. 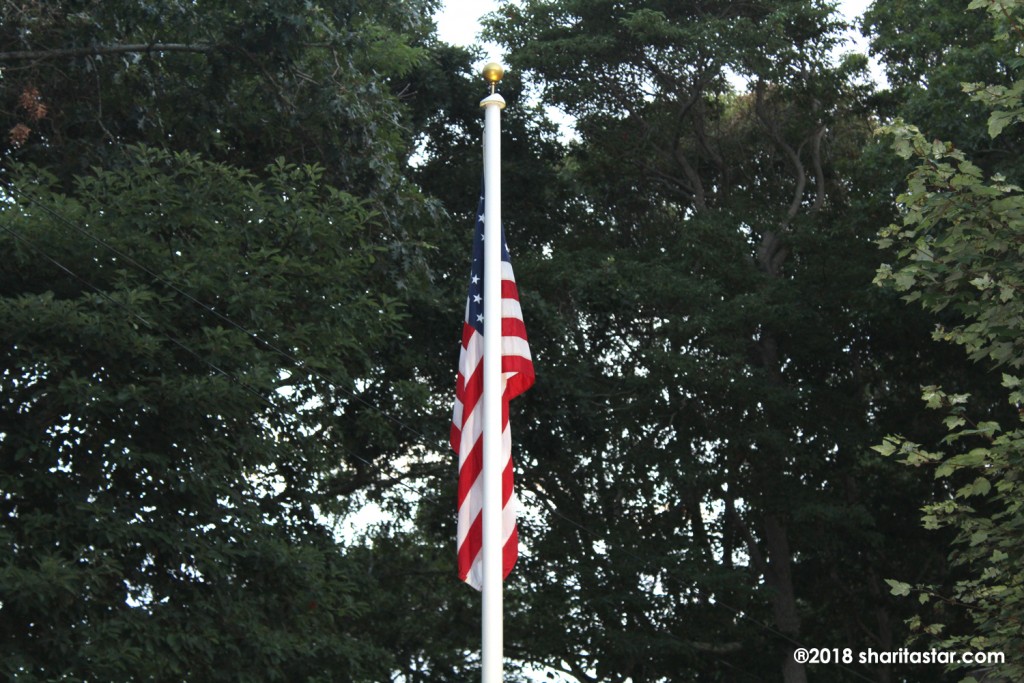 Overall, the varying road ahead of contrast will be more than an unusual one to unfold throughout 04 July 2019. The time for The UNITED States of America to come together and listen to wise and just ways to work better with remembering it’s individual place amongst the world –one of the strongest requests of the 4’s guidance- and not remain judgmental to humanity’s differences overall in the UNTIED is here.

May openness, willingness to change, originality, going with the flow and finding the progress within the unexpected side of life guide America in this ‘Submission – Caution’ New Year.

May You Allow Your Freedom to Reign Dear American Stars.
Namaste. 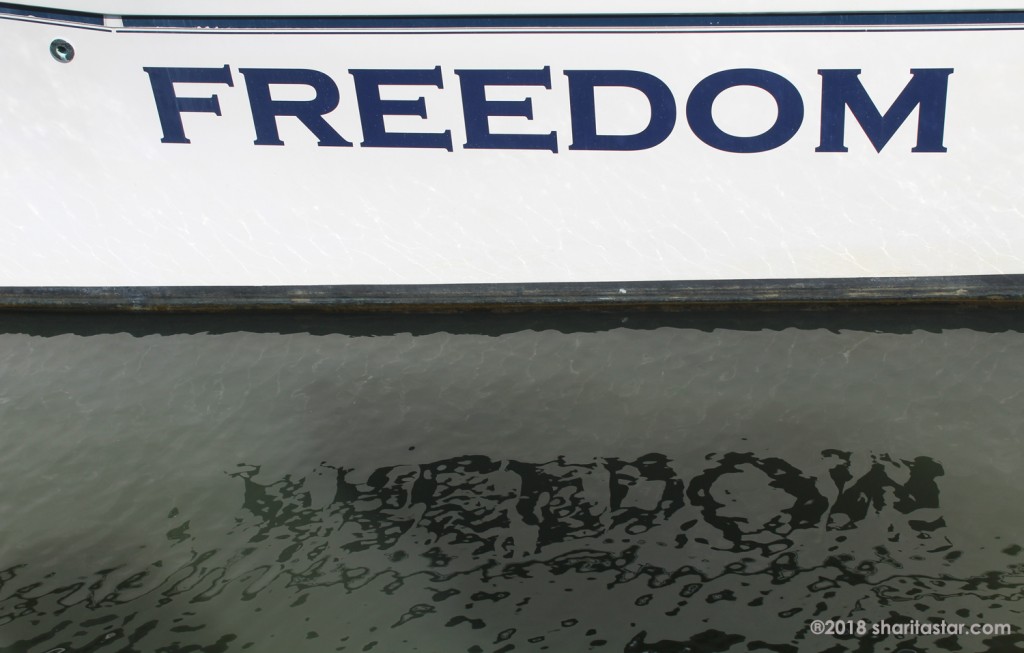 OWN Your NOW in the New Year