We collectively celebrate the Chinese New Year on February 14th, 2010: The Year of the Tiger/Metal Year. Like the Western Zodiac, the Chinese Zodiac can lend anyone insight into their personality and natural tendencies. Similarly, the Chinese Zodiac divides itself into 12 signs as does Western Astrology, with one animal sign influencing an entire year. Here in the West it only takes that same years’ time to represent all 12 signs on our Zodiac wheel, while our friends in the East take 60 years to complete a full cycle, as each animal is depicted through 5 different elemental years.
Bravery and adaptation will be rewarded in 2010, as the collective can expect this to be a time of upheaval, invention, action, and one where the unexpected should be expected. From the weather to politics and finances- everyone seems to be wearing a different hat and is quite in flux. You may have heard we are in for a turbulent year, yet even this is a choice. It all boils down to how you choose to accept the changes that are about to unfold- your response or reaction will determine what your level of discomfort may be.

Now the collective experiences the 3rd year within a 9 and 12-year cycle, where the seeds planted in 2008 are still in their incubation to eventually reap a harvest further down the road. With Jupiter guiding the singular 3’s energy over 2010, there is optimism, idealism, and a re-education to be found amongst the Tiger’s swift changes. The 2010 Year ahead marks the time when new and daring ideas brought into will play a wise role in securing the future.

All is set to the stage of drama, tension, and excitement in a Metal Tiger Year as we allow these necessary changes to come forth, as difficult as some of them may seem. Even though we are amidst a current cycle of not so happy financial times on multitudes of levels- remember the alterations we see are part of a much larger Universal picture. With the Tiger representing Yang Wood energy, we are offered opportunities to find rewards in protecting what is right, all in the fight for justice to prevail. Ideas with originality and prophecy that honor a new order are welcomed. Any dealings which embody fair and honest assessments for the benefit of all mankind flourish in the quick pulse and vibrancy of a Metal Tiger Year.

Tiger Triva:
*You are in the company of a Tiger when you see a fearless, unpredictable, and bold spirit.

*The typical Tiger: is good-natured, is quick to take the lead, takes risks, gives good advice, is honorable, seeks attention, prefers the chase, utilizes courage, is confident, and strives for recognition.
*Tigers are Yang Wood energy, where the external masculine represents the initiating role and taking on new ambitions and beginnings. The symbol of wood allows for an ambivalent nature to emerge.

Chinese Zodiac FUN Facts:
*The Chinese New Year is always celebrated upon an Aquarian New Moon here in the West.

*Legend has it how the Chinese Zodiac Wheel order formed is that the Tiger was the third animal in line when Buddha asked the animals to come to him.
*At the ages of 12, 24, 36, 48, 60, 82, 94, 106, typically one experiences a very positive year as their animal returns. Coinciding with West’s planet of luck, Jupiter, returns to its’ natal point also every 12 yrs.

*At 60, the Chinese believe one’s greatest wisdom begins to unfold as one full cycle of their wheel concludes. Simultaneously In the West, the 2nd Saturn Return, in agreement with this passage also marks the soul being released into the finest period of self-expression and inner power after learning our most important life’s lessons over the previous 59.

Special Guest Astrologer Chris Flisher and Sharita dive into a hearty discussion of East meets West, and what both Zodiac perspectives indicate is to unfold as 2010 continues. 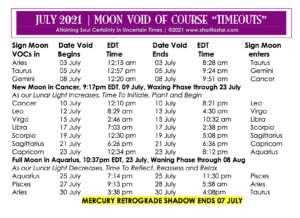