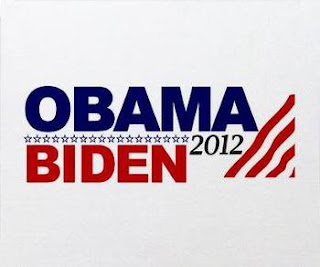 Why THE STARS See Obama WILL SUCCEED

Since the news that Barack Obama was voted the 44th President sprung, the world is electric once again about the future of the United States of America. Even amongst the continuing feeble economy, there is an overwhelming enthusiasm of understanding we are not going to be stuck in this situation forever. The world will heal from the present financial mix-up. More importantly, it is time to begin to bear witness to one of the most influential U.S. Presidents the world has ever seen to start his journey of leadership in January. As noted in our previous entry, as Barack’s name clearly states, are you ready for A MESSIAH?

The most common observation being made since the latest President-Elect was voted in is his undeniable human side. Obama is real, natural, down to earth and extremely humble; all while exuding a cool confidence and friendliness that is as pleasurable as that brilliant smile we typically see upon his face. That would be due to his Aquarius rising (or ascendant) displaying itself in those first impressions he allows others to see about him. Aquarian energy on its’ positive note is concerned about how brotherhood and sisterhood can be attained. While the ability to be tolerant is innate, The Water Bearer prefers to look for solutions to be found along the way.

Obama’s star secrets are stellar for a politician. His identity comes from a 12 degree Leo Sun in the 6th House of Being of Service. This man is on a constant quest to educate himself, dive into every detail possible and make sure his ego comes last- all as he organizes and manages all that surrounds him. The priority here is to be of service first and foremost to others. Also in the 6th House sits his 02-degree Mercury in Leo, denoting a nurturing and protective expression of communication. Humility shows itself here as well, which is clear in any speech we have heard delivered from Obama’s lips, as he carries his graciousness and polite manner on the stage.

Emotions come intellectually for Obama with a 03-degree Moon in Gemini in his 4th House of Home/Family. Further lending to his clever ideas and obvious bond to family, the man on an emotional level is stimulated by knowledge and security in the home life. Venus carries his values as well at 01-degrees Cancer, in the 5th House of Creativity. This placement of the planet of harmony graces Obama’s ability to bring imagination to how values can be ultimately brought back to a sense of tradition, something our country has undoubtedly felt a lack of in recent years.

As we discussed with Chris Flisher on October 23rd’s Radio Show The Turning of the Wheel, our now President-Elect’s Mars, the planet of drive and ambition, sits in humble and servitude Virgo at 22 degrees. With this Master Number guidance of Mars in the 7th House of Partnerships, this grants him a keen ability to not involve his ego in the choices he will makes as Commander in Chief. With Mars placed here, we can see he is naturally driven to relate, bring balance, and seek to understand both sides of any issue at hand.

Jupiter brings an individual their luck and wisdom in life in the birth chart. One has to admire a leader with theirs at 0-degrees Aquarius in the 12th House of the Subconscious Process/Fears. With the planet of good fortune in the sign of the Water Bearer- the bringer of new life upon the earth- we see further strength for Obama to have the innate ability to possess the means to transform humanity. There is a sense within him that is fearless, as he plows through objections that may come his way with ease.

Saturn, the karmic and self-reliant planet, also is placed in Obama’s 12th House at 25-degrees Capricorn. Saturn rules Capricorn directly so Obama’s self-reliance is right at home and comfortable with expressing itself. He, beyond any other possible placement of Saturn, is always on that mission to get the job done. Perfection is his goal coupled with a work ethic that is unsurpassed- always in determination to achieve, achieve, and achieve again. While Saturn also sits in such a sensitive and spiritual House such as the 12th, Obama, does not turn off his sympathetic feelings as he desires to climb the ladder of ambition- rather, he superbly grasps the concepts of understanding, objectively and inner peace from the depths of his subconscious.

As we conclude with the key fundamentals of the astrological birth chart, one more significant point is Obama’s Part of Fortune at 08-degrees Sagittarius in his 10th House of Career. Where ones’ Part of Fortune in the chart falls determines the most likely area of life that will evoke success, and the applying the skills necessary to do so will bear a rich harvest and happiness. With Sagittarian energy in the House of Career, we see the 44th U.S. President to surely be able to excel in foreign policy and idealistically applying wisdom and optimism to all matters in the work place.

On to the even more revealing numerological perspective, and for Obama, these have been karmic from the very beginning, with the birth date of 04 August, 1961 at 7:24pm. From the 8th month, to the 4th day, in a 17/8 vibing year, and at a time of day adding up to a 13/4- the mysteries of the 4 and 8 astoundingly surround this Leo, also with a name expression of the 17/8. His 4 Karmic Path grants him Uranus’s extreme guidance of the Reformer, as he exhibits tolerance, originality and inventiveness in his actions. A true no-obstacle seer, this influence also lends to the desire for brotherhood and sisterhood, a non-judgmental attitude and the yearning to bring benefit to humanity.

Moving on to Obamas’ 29/11/2’s Grace Under Pressure’s Lifepath, as our last Leo President Bill Clinton also followed, there is a deep sense of charity and “mothering” nature that is adhered to along the life. The 29 does come with heavy warnings, but it seem more than apparent that Obama heeds to the 29’s elixir, “that the development of absolute
faith in goodness and the power of the self…the constant and energetic cultivation of optimism…will act as a miraculous medicine for the problems of the number 29.” As the 29’s title directly states, Grace Under Pressure- have we not seen the man display this admirable trait under and of the pressures he has encountered so far? As always the future remains to be seen, but our guess is grace is bound to keep on winning for Obama.

Currently by the numbers, Obama is in a 22/4 Personal Year in his current 33/6 Pinnacle (9 yr period) and in his 2nd Period Cycle of life. He did all of his self-discovery until age 34- and at 35 those true creative talents began to display themselves like never before.  As the 33’s Love and Magic currently guides him over these 9 years, he is graced and urged to bring harmony to all he touches. Bringing out the ideal negotiator within him, this presence of Venus marks a time in the life that miracles indeed can be achieved.

As Obama is sworn into office on January 20th, 2009, he will just be 1/2 through his 22/4 Personal Year of laying down a solid foundation from initiations that began in 2005. January will mark a 5 Personal Month of permanent change and that relocation into 1600 Pennsylvania Avenue. Finishing out this Masterful 22 year will at first seem tedious and slow in seeing immediate results. Yet, to Obama- day by day, word by word, new idea to new idea, the final wall of his foundation will be built by August 4th, 2009.

Then, get ready to start watching the fast changes you will see begin to happen in his administration. From 8/4, 2009 to 8/4, 2010, Obama will undoubtedly change the face of a many things in a seemingly short period of time, no matter how slow the analysts you may be hearing in the current media will claim it will take. Saturn and the Sun both enter Obama’s 8th House of Regeneration and Change upon September 18th, 2009. Coupled with him having then crossed over into the 23’s Royal Star of the Lion 5 Personal Year, his ability to manifest the changes he speaks of will seem magical. As the Chaldean’s state of the 23, its’ energy, ”bestows, not only a promise of success in personal and career endeavors, it guarantees help from superiors and protection from those
in high places. It’s a most fortunate number, and greatly blesses with abundant grace the person or entity represented by it. No number can challenge the Lion’s strength and win.”

By August 2010, the 24/6 Personal Year of harmony comes to Obama, and he’ll need it after the whirlwind of activity he will have already accomplished in the previous 23/5 year. The infamous budget, national debt and any dealings pertaining to money will see the true light of day by this time. In right time with the numerological chart of the United States, where we will have just entered that 23/5 year of permanent change and blossoming, it is more than apparent we will be all taking the deepest breathes we have as a collective nation in quite some time, those huge ones of relief.

Upon his 50th birthday in August 2011, Obama enters into his 25/7 Personal Year. The course of this year allows his eye for detail and research to go probing for more answers to those pressing issues at hand that need to be solved, while doing his own internal work and sharpening his inner saw. With Jupiter in Taurus at this time currently transiting his 3rd House of Thinking/Mentality, he will reassess and attune his communication skills to an even higher level. As he goes within, the ideas that come forth will be those that stimulate further security and stability.

By 2012, Obama will be winding down his 1st term, in August entering his 26/8 Personal Year of Harvest and Reward. This will be the time he will receive tremendous recognition for the work he has done in a relatively short period of time. November 2012 marks his 1 Personal Month, so a new beginning occurs as Election Day falls upon 11/6. While it will be an interesting Election Day under Mercury Retrograde, a REelect it more than favored. It will be enlightening to see how the United States has grown at that time. Whatever political opinions will be in place, undoubtedly under the care and leadership of Barack Obama’s administration, we should be a nation standing proud and undeniably more UNITED than UNTIED as we have felt up until November 4th, 2008.

As you already have innately done President-Elect Obama, may you continue to allow your self-knowledge to serve you while you serve these great United States of America. Your star secrets are most certainly in your favor to brilliantly succeed.