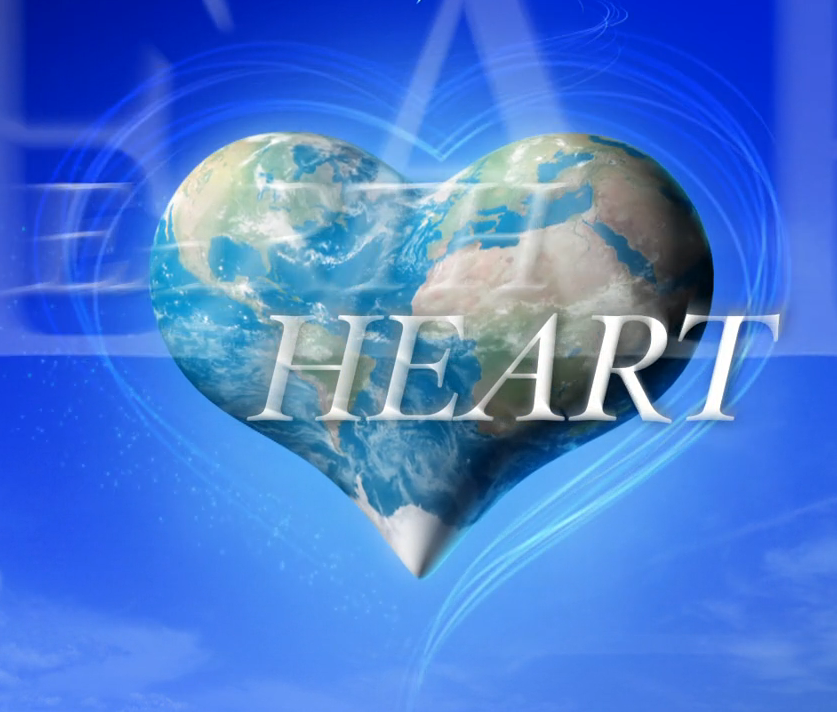 Sooo…. Been seeing some “chatter” about a major earthquake predicted to occur in California over 28/29 May. This caught our astrological eye as worthy of noting because these forewarned dates via some astronomers are the very days after Mars & Mercury Retrograde officially conjunct at 10 degrees Gemini 27 May.

While most astronomers are pretty much now nay saying any kind of major catastrophe will have the possibility to occur, it’s time to allow astrology to forecast the energy as we take a look at the natal birth chart of the United States.

Upon 27 May, the current transits of Mars & Mercury Retrograde will make a very close conjunction to the USA’s natal Uranus at 08 degrees Gemini. Uranus is a planet that does rule over the “expect the unexpected” which mostly certainly can arrive in the form of an EQ.  As these points in Gemini indicate the USA’s area of health, habits & routines- there is potential for severe disruption to change the way we bring about our abilities to be of service the world. 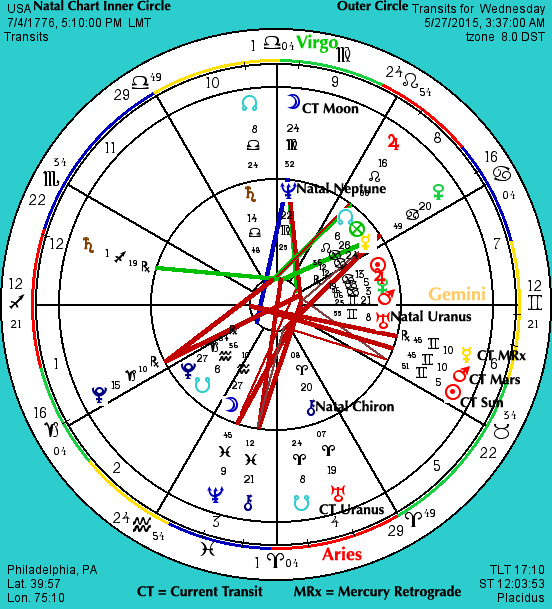 A planetary meet-up of this nature completely amplifies energy involving the practically blindfolded “not looking where he is going” movement of Mercury’s backtracking colliding into the planet of action and aggression, Mars. As they both closely touch base with the natal placement of the country’s Uranus, nothing for nothing: no one can really know what exactly will unfold. After all, this is certainly ‘Not Your Average Mercury Retrograde’ to begin with.

Oddly, the current transit of Uranus in Aries, will simultaneously conjunct the country’s natal Chiron (the wounded healer) in the USA’s area that concerns nurturing, the home front and environments. With this energetic combination closely talking, some sort of unexpected emotional upheaval will be going on for the nation on one level or another surrounding these days.

Mars and Mercury Rx officially “bump into one another” at 10 degrees Gemini at 3:37am PDT 27 May. Further insight as to what Chaldean Numerology also has to say about the 10’s meaning of ‘The Wheel of Fortune’ is equally interesting to note:

“A number of rise and fall, according to personal desire. It will be known for good or evil, depending on the action chosen. 10 is capable of arousing the extreme responses of love or hate – respect or fear. There is no middle ground between honor or dishonor. Every event is self-determined. 10 is the symbol of LOve and LIght, which creates all that can be imagined, and also contains the code: Image 10 Ordain. Image it and it shall be. Ordain it and it will materialize. The power for manifesting creative concepts into reality is inherent, but must be used with wisdom, since the power for absolute creation contains the polarity power for absolute destruction. Self-discipline and infinite compassion must accompany the gift of the former to avoid the tragedy of the latter. Discipline must precede Dominion. Unfortunately, some 10 people fail to realize their power potential, and consequently harbor deep-seated feelings of frustration, causing them to feel unfulfilled, and to occasionally behave in a somewhat proud and arrogant manner to cover such unnecessary feelings of inferiority.” ~Linda Goodman’s Star Signs

As was previously covered in ‘Not Your Average Mercury Retrograde’ astrology’s point of view strongly counsels to be extremely careful with anyone’s individual actions. The practice of patience, listening and pausing to remember to breathe is favored for this entire cycle of reflection that Mercury started doling out 18 May until 11 June. In particular during the week following Memorial Day weekend, this energy -whether astronomers choose to believe in the archetypes of our mighty vessels above or not- will be “up” and it will not be shy in expressing itself whatsoever in the human psyche and actions of life down here below.

Equally surrounding the conjunction of Mars & Mercury Retrograde will be the current Waxing Virgo Moon that will conjunct the USA’s natal Neptune, equally stimulating more calls to step into the healing zone. This kind of planetary conversation is well known for opening the doors for compassion to be necessary, sorting through what emotional awareness will undoubtedly be raised up, asking to be looked at. As this occurs from the USA’s personal space of beliefs, philosophies and foreign affairs, something certainly will ask the nation to step up to the feeling plate and listen carefully.

What calls as additional numerological clues to be mindful of upon 27 May is the current transiting Sun that will be at 5 degrees of Gemini, the very number representing movement, versatility and permanent change.

The USA -as well in it’s Current 9 Personal Year Cycle– also finds itself within the layers of it’s own forecast by numbers, in a 5 Personal Month. May represents plenty of alterations and shift, guided overall by a year promoting endings, conclusions and release across the board for the nation. The 27th is equally a 5 Personal Day- adding one more veil of intense channeling of change and fast action that will be irreversible however it chooses to unfold upon this day.

Where will the potentials for dynamic movement and powerful outcomes happen the week after Memorial Day? Only that still remains part of the future. Right here in our now upon this earth, it is best advised we remain alert, vigilant and utilize our personal free will in genuine heart to guide us as our changing times persist.