Well, it’s been nothing short of A Monumental Mercury Retrograde over the past few weeks since 06 November. Now that our Messenger is stationed and has returned to forward motion, is it the time to truly absorb the fullness of the transit.
At the 18 the degree of Scorpio, this is a profound energy to take note of wherever this point is precisely placed in the personal piece of the Zodiac Pie. So get out that natal birth chart and start your probing as to what the concept of ‘Spiritual Material Conflict’ means to you in this area of your life as we now begin to move forward once more.
If you are familiar with your Tarot, the 18 is close in concept to the very same 18 Moon card in the Major Arcana. Via the Chaldeans, this compound number represents a vibration concerning conclusions and finalizations within the life. Singularly guided by Mars through it’s singular 9 energy granting penetration, aggression and driving forces- the 9 always works in optimism when it rises up in courage. As we closely examine the Chaldeans’ perception, we can see why courage is the very ingredient for ultimate success within any matters concerning the 18.
Chaldean Karmic Mystery:  18  Spiritual Material Conflict
Of all Compound numbers, 18 has the most difficult symbolism to translate. (the Jesus complex) The ancients describe the 18 with the following image: A rayed moon, from which drops of blood are falling. A wolf and a hungry dog are seen below, catching the falling drops of blood in their opened mouths, while still lower, a crab is seen hastening to join them.  18 symbolizes materialism striving to destroy the spiritual side of the nature. It often associates the person or entity represented by it with bitter quarrels within the family circle- with wars, social upheaval, and revolution. In some cases it indicates making money or achieving position through divisive tactics, through war or other conflict. Its warns of treachery and deception from both friends and enemies; also danger from the elements, such as fire, flood, earthquakes, tempests and explosions, electrical shock or lightning.  If the name has this vibration, it should be negated immediately by changing the spelling to equal a more fortunate Compound number. If the birth number, extreme caution and care must be taken to meet the challenges and dangers of this number. The only way to dilute or diminish its effect on the life is by spiritual means, by unfailingly and repeatedly meeting deception and hatred from others with generosity, love, and forgiveness, by turning the other cheek, and returning good for evil, kindness for cruelty, honesty for dishonesty, honor for dishonor. In this way, the vibration 18 may be used for great success in illumination and enlightenment. Those born on the 18th day of any month have chosen themselves (on the level of the Higher Self), between incarnations, this channel of birth (as did Jesus) as the greatest of all testings of the soul for worthiness. Another way to dilute the negative aspect of the 18 is to change the number of the name to any favorable Compound number which adds or reduces to a single 6, by changing the spelling of the name. In addition to the attitude just counseled, this will also help to turn the tragedy of the 18 into triumph. Remember the 6 (Love) and 9 (conflict) relationship. People born on the 18th would be wise to plan everything of importance on days that have a 3 or 6 vibration, as well as to their addresses, telephone numbers, and other important areas in the life. In this way one may be more victorious, in both the spiritual and material worlds, over the restrictions of the 18. ~Linda Goodman’s Star Signs
Now it is best to make sure to take this and apply it to your natal chart, yet we can also receive great advice from a collective view of how this recent Mercury Retrograde has equally affected us via our Sun Sign alone. If you are early in the degrees of your Rising Sign, then read for that as well, for it will more than likely apply. As always, the precise math within your natal chart will be wise to follow for complete accuracy.

Taurus: ‘I Relate’ Partnerships/Marriage/Balance with Others

Sagittarius: ‘I Process’ Inner Psyche/Clearing of the Past

Conclusions under The Shadow. A Lunar Eclipse. 28 November

The Shadow passage that will complete at 04 degrees Sagittarius for this Mercury Retrograde passage will be just as telling as its’ Approach was that began 19 October, in where you may just feel, like things have not really returned to normal even though the Rx is over. And therein lies the truth of the matter. What we know, or thought we knew to be the truth, is not going to return to the comfort zones we once understood. Transformation for our world is officially 110% on.  As we release from the Lunar Eclipse at 06 degrees Gemini, who will be in a very weak conjunction to Retrograding Jupiter- the finalizations coming forth will increase our need for compassion upon this planet.  Another interesting conjunction from 08 degrees Capricorn also meets up upon this day between Mars and Pluto. This delicate formation intensifies energies to the potential of combative, impulsive, strict, and relentless forms of expression; wherein unscrupulous, fanatical, berserk and brutalities can be the outcomes if a thinking before you act practice is not adhered to. Under Lunar release of an Eclipse, it will be more than wise to carefully proceed.
May COURAGE GRACE OUR AGE & CURE OUR RAGE for all our Spirits.
Mercury moves forward 30 November to the 19th degree of Scorpio, and concludes the Shadow to 04 degrees Sagittarius on 13 December. 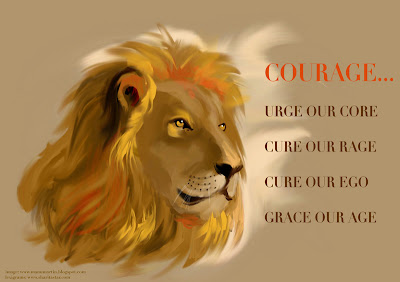 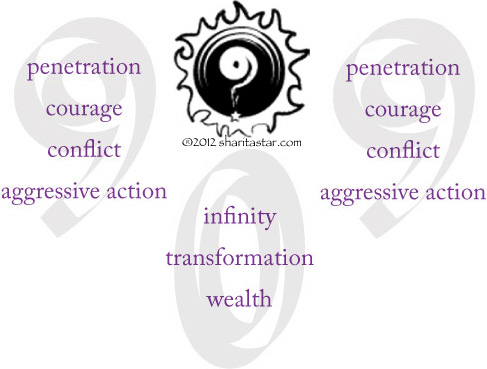 If you are on the East Coast, one opportunity to take up with the energetic call of the 909 will be beckoning Tuesday evening, 05 June at precisely 9:09pm EDT as Venus gets completely warmed up by the Sun at the 15 deg Gemini mark. But, you may catch this number in multitudes of other sightings in life anywhere in the world, so exactly what is it trying to tell us?

The 909 makes an 18 –which is the ‘Spiritual – Material Conflict’ understanding from the Chaldeans point of view of numerology. A number that is packed full of Mars drive and motivation; this is not to be steered towards the material means. It prefers to take the courageous road that brings forth a true sense of self which is more than just in touch with it’s own innate wisdom. Here you see the 1, the Life Force of self, in pairing with the 8’s karmic knowledge of stability, patience and learning from the experience.

Add 1 and 8 together, and Mars is the 9 planet that will take the action into his Warrior hands- always anxiously wish to finish things and draw upon conclusions within the life. While a lively and at times aggressive nature is seen from any 9 vibration, this particular 18 one says slow down self and TAP IN AN ANCIENT PEACE PACE to realize what PATIENCE is here to teach you as you choose within the life. Action should not be taken in until this true honoring of response is done.
909 as a whole has Mars dynamically and dually bringing forth finalizations that are fairly deep and profound as the Pluto guided 0 here is nestled between them. Mars and Pluto are talking to you to KNOW endings and rebirth are here whenever you may come across a 909 sighting in the life. As you may note this -whether it be in an address, the time, a price you pay for something, a license plate- again it is the monitoring of your thoughts at this moment to determine what the Universe would like for you to pay closer attention to. Regeneration is asking to speak with you, and it will purge from the core to do so- as you are able to arrive at the proper clearing and cleansing to make room for the new that promises to be on the way.