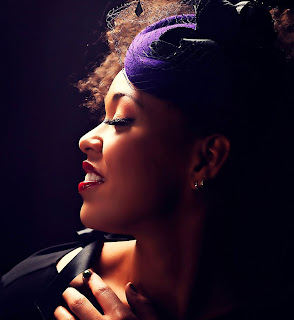 As each and every one of us are all gifted Stars shining in our own light, one that is casting some true soulful and stirring beams of inspiration is the remarkable and evolving talents of World Renowned Singer and Recording Artist Maya Azucena. Wherever she is gracing her mission upon the globe, her leading voice and actions grant anyone to stop and think. Lend your ears to some of Maya’s melodies, and you’ll being to ponder… we are the only ones that can make change really and truly happen within this world.

Maya’s HEART came down to EARTH upon 04 May 1972. Choosing the solidarity of a Taurus Sun in combination with a 4 Karmic Path, she has been securely rooting her individuality through the openly original and break-through ways that a 4 native chooses to do so. As Venus guides her sun sign to make beyond pleasurable music -as Taurus’s tend to seek harmony through some from of artistic expression- she walks the Lifepath (sum of day/month/yr) of the 28. Her attraction and love of the Sun itself has been an innate part of her journey, for anyone with this singular 1 Lifepath (2 + 8= 10/1) has this very planet as their personal guiding light.

Souls traveling on a 1 Lifepath will find they are no strangers to being able to shine upon the stage, bringing forth their initiations through multitudes of benevolent and creative means. Intensifying this ability to captivate attention, Maya is equally via her natal birth chart guided by the Sun through her first impressions and approaches, with the sign of Leo filling up the energy from this piece of her Zodiac Pie as she wears her mask to the world.

Aside from the strong mission of making innovative music, Maya has more than a charitable heart as her talents have been seen involved in countless events and causes that are here to aide in nurturing humanity. The very beginning of Maya’s birth chart catches the very last degree of a Cancer Ascendant (Rising Sign) at the 29, which indicates a more than altruistic energy governs over how the world views her, and how her free-will decides to take on the world in continued generosity.

As the 29 represents the Chaldeans’ understanding of ‘Grace Under Pressure’ she has undeniably mastered this spiritual request to respond in grace, no matter what shows up under the intensities that life may ever present. From her international tours as a Cultural Ambassor to the US to the performances at small town venues like Hudson NY’s Gay Pride, aside from being no stranger to shining upon any stage, she shines in equal light as she shares her lifelong mission to heal others through music.

Music has always been Maya’s passion since she can remember, but it was not until 2003, in a 5 Personal Year, that she launched her first CD, ‘Maya Who?’. Blossoming from the structure that was built from the previous four years, she was ready to “go to the masses” as the 5 year promises within the life as permanent change and major movement surround it. As she was getting her final wall of her solid foundation in place by 2002, she sang on Norman Brown’s album ‘Just Chillin,’ which won the 2003 Grammy for Best Pop Instrumental Album.

By 2006, in her 8 Personal Year of harvest and further recognition and reward, Maya connected with Croatian singer Giobonni. An 8 year is guaranteed to grant responsible and stabile relationships to formulate and seemingly karmically link-up within the life. She was featured on his 2006 album ‘Unca Fibre,’ that also reaped two Croatian Grammy Awards, Porins. This honor and respect continued on as she collaborated with him for world tours and television appearances across Europe that broke her into her next 9 year cycle in a 1 Personal Year of new beginnings by 2008.

Before touring with Giobanni, within 2007’s 9 Personal Year, to the ultimate nines Maya went to acquire continued fame and celebrity that granted another Grammy by 2008 with Stephen Marley, a duet recorded on his 2007 record ‘Mind Control,’ which earned the 2008 Grammy Award for Best Reggae Album. Equally from her own efforts, she released an second CD, ‘Junkyard Jewel,’ whose song, “Set You Free” was paired with Ford Motors for a commercial; her single, “Make it Happen,” was seen to soar on the Billboard’s Hot Club Dance Charts at #3.

As one is crossing from any 9 Personal Year into the 1’s guarantee of momentous new beginnings, life will present tremendous opportunities for shift within the life. When 2008’s 1 Personal Year began, so too, did Maya’s 2nd pinnacle cycle that promises the protection of the 23’s ‘The Royal Star of the Lion.’ This singular 5 energy guides her current nine year span of time in the life, and will reverse to the 32’s ‘Communication’ by 2017. Maya Azucena is not going to politely disappear into the shadows. As these 5 pinnacles will keep pressing for more movement, versatility and expression of communication, the masses will continue to be able to be ever-amazed by how Maya’s journey unfolds. How wonderful that the world can expect more motivation for change not only through her music; but those planets above promise as well to aide Maya to deliver more progressive, humble and humanitarian ways that she can choose from to allow her voice to be heard.

We surely could write an entire book about the life story and why the successful accomplishments have played out in the timely fashion as they have for Maya. But for now, as she in 2012 transits once more in another 5 Personal Year, you can expect to see another round of blossoming changes emerge as the masses are meant to see more of her. As soon as September opened, her 5 Personal Month in this 5 year boomed loud and clear as a cameo on a Verizon commerical was released. As this fast paced year continues, the messages and ways the world will know all the more about Maya, will grow intensely as this energy of moving amongst the masses promises permanent change and communication related results.

Aside from the energy of change, Maya’s latest and already acclaimed CD ‘Cry Love,’ is undoubtedly headed into it’s own light of fame and celebrity. With this title carrying a pure 9 Name Expression, the complete courage it represents as a whole speaks for itself when you give it a listen. While it captures in incredible grace the heartache of what life can bring to the plate to handle, it’s energy is packed with Mars’s (ruler of the 9) pioneering power, and we probably shouldn’t be surprised, that even track #9, is indeed named, “Warriors.” Coincidence? As Maya will tell you, she’s not versed in numerology, but how brilliant it is to affirm here that she undeniably is in tune to her true self.

The last bit of star secrets confirmation comes from the uncanny mysteries of Lexigrams. As we look to how the anagrams that can be derived from Maya’s original birth name- Maya Azucena Newton, (which also carries a Name Expression of the 13’s Regeneration and Change- a number that ensures that strokes of genius will be a large part of the career path as innovative and ground-breaking service to the world prevails) we see that when we phrase them like poetry or prose, they tell a story, one of truth to the name being examined.

MY MY MY, MAYA A WOMAN TO EMANATE ONE UNCANNY WAY TO ANNOUNCE AN AMAZE

MAYA MEANT TO OWN MANY TUNE, NOTE & TONE

MAYA A MANY TUNE MONEY ANTENNA

MAYA MEANT TO AMAZE ANYONE TO A MEATY NOTE & TONE ZONE

MAYA MEANT TO AMAZE MANY A WOMAN MANNA

MAYA CAME ON A COMET WAY TO AMAZE ANYONE

ONCE MAYA ANNOUNCE AN OWN, MAYA NOW WON ANY MOMENT MAYA WANT

And now we extend our GREAT TRUE ATTITUDE of GRATITUDE to You, Dear Maya. The change you are securely rooting in this world through your mission will continue to blossom and grow upon this EARTH, for your HEART is always in the right place of being in the LOVE to EVOLVE.

LISTEN BACK to the Podcast from 07 August!
Sharita was honored to have Maya as a Special Guest on
‘What’s Your Sign? I Have Your Number!’

One thought on “Celebrating MAYA AZUCENA”