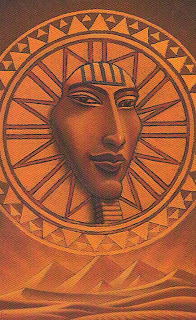 Picking up where we left off with our last Word Ponder of 2010 of RESOLUTIONS, we are taking away two S’s for one V for our first probing of 2011.

Webster’s Dictionary defines revolution as: (n) noun
1) the action by a celestial body going around in an orbit or elliptical course.
2) a sudden, radical, or complete change.
3) a fundamental change in the way of thinking or visualizing something
4) activity or movement designed to effect fundamental changes in the socio economical situation.
5) a fundamental change in a political organization; especially the overthrow or renunciation of one government or ruler and the substitution of another by the governed.
Synonym: rebellion

2011 wasted no time with bringing on energies relating to definitions 2, 3, 4 and one has to wonder just whether 5 was on the mind of the shooter who shocked us all upon 08 January as history once more became permanently and radically changed due to the tragic and heinous events in Tucson, AZ.

While considering the word revolution in regards to the unfortunate occurrences of 08 January, we can be certain that definition No. 2 has unfolded. More than likely, we all have had No. 3 come into play within our minds, as we try to wrap our heads around what indeed has altered within the political and cultural landscape of The United States. Undoubtedly, the shooter decided to express the synonym of this word that possesses various interpretations.

Looking to our Universal wisdom of Chaldean Numerology and Lexigrams- we can see the very word revolution has some interesting things to share with us beyond Webster’s.

As a 46/10/1 Name Expression, REVOLUTION is guided by Chaldean’s understanding of ‘The Wheel of Fortune.’ Name Expressions are determined from taking the numerical values of each letter composing any name, such as r-e-v-o-l-u-t-i-o-n, and adding them up- we find our Sun is behind whatever changes one may choose to bring through it’s initiating energy’s of the singular 1. Oddly enough, if you were with us for 2010’s last word ponder, you will find RESOLUTIONS and REVOLUTION are one and the same energy of the 46/10.

As the Chaldeans deeply understood about the meaning behind ‘The Wheel of Fortune:’ “A number of rise and fall, according to personal desire. Every event is self-determined. 10 is the symbol of LOve and LIght, which create all that can be imagined, and also contains the code: Image 10 Ordain. Image it and it shall be. Ordain it and it will materialize. The power for manifesting creative concepts into reality is inherent, but must be used with wisdom, since the power for absolute creation contains the polarity power for absolute destruction. Self-discipline and infinite compassion must accompany the gift of the former to avoid the tragedy of the latter. Discipline must proceed Dominion.”

We are, by all planetary analysis, in a time of revolution. And this is not to be feared, for in the 46/10’s understanding of this very word and the seemingly delicate energy behind it, we are able to choose the way we wish to see ours unfold.

As Uranus (the planet of the unexpected and rebellion), aligns with Jupiter (the one of expansion and idealism), enter Aries (the sign of pioneering energy), this year is undoubtedly marked with the makings for what a revolution is all about. As Jupiter crosses over in to the Ram 22 January, and Uranus upon 11 March, we’ll officially be in the era of a new world that wishes to break-through the boundaries we have all become too uncomfortable within.

Lexigrams shed a completely uncanny light as we ponder further into how the anagrams within REVOLUTION can cast their wisdom upon us to fully understand the best way to achieve our radical changes. How uncanny that as we remember the 10’s polarity of absolute creation or that of destruction, that we can derive both LOVE and EVIL from it’s letters within? As we continue to phrase them, this truly is a word that can bring about the ultimate good that is meant to unfold from any drastic change. Join in the real….

*TO UNITE IN LOVE, NOT TO UNITE IN EVIL
*TO LIVE ON, TUNE IN TO LOVE
*LET LOVE RULE NOT EVIL
*TRUE LOVE RULE OVER EVIL
*TO LET IN LOVE, LET LOVE REIN IN TRUE ROUTINE
*LOVE OUTLIVE EVIL, VOTE IN, LET LOVE RULE OUR VIRTUE
*VETO EVIL, VETO RUIN, VETO RIOT
*UNVEIL LOVE TO RULE IT TRUE
*LET IN EVIL, ONE IN VIOLENT TOIL
*NOT TO REVOLT IN EVIL TO EVOLVE
*LET VIOLENT RULE OUT TO NOT RUIN IT
*LET IT IN… LET TRUE LOVE IN TO RULE ON
*UNTIL LOVE RULE OVER EVIL U LET VILE IN TO RUIN U
*TO ORIENT OUR EVOLUTION TURN TO TRUE LOVE
*LET TRUE LOVE IN: LET IT LIVE ON EON IN, EON OUT

We all have the beauty of free-will within any of our lives. What will you do with yours? The choice is now up to you to know what it will really take to be a true REVOLUTIONARY.