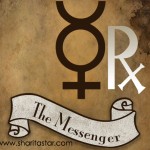 It’s been all the political chatter about South Carolina’s House Representative Joe Wilson’s “You Lie” outburst during President Obama’s speech last week on 09 September. Could we possibly blame Mercury for this?Mercury Retrograde periods are well known for communication “slip-ups.” Indeed it surely seems Wilson did not adhere to the advice of this planetary passage, which is to slow down, think before you speak, and by all means don’t react: respond.While Mercury may have took away Wilson’s communication reasoning, his current Personal Year Cycle of the 22/4 equally forewarns him to be submissive and cautious. The 22 year can manifest the energies if one is not in full awareness, for the soul to “appear like a fool, with a knapsack of errors upon his back.” Hmmm.09 September bombarded Wilson with more numerical forewarnings, as it is his current 4 Personal Month, and the 9th was his 4 personal day. Three layers of 4 energies, all telling him to be tolerant while being “the kneeling submissive student.” Unfortunately, his think before you speak action allowed him to fall right into the 12’s deeper understanding of playing out ‘The Sacrifice – The Victim’ potential. Anytime the 4 gets combined with other 4 vibrations, there is typically something terribly unexpected that occurs.

And ah… we won’t go and further to mention, Wilson is a Leo 4, (31 Jul) and so is our President Obama, (04 Aug). If only Wilson did not try to compete with his own kind. Lion fights are never pretty to witness.

One might not think a short name like Joe Wilson would have much to say to us through the mighty Lexigrams, but revelations of the truth of the matter are there to unfold.

Joe Wilson is not our dramatic Leo’s original name, which is also smart to put into any Lexigram analysis to see the fuller story. We’ve left many things here for you to equally discover, but here’s some more uncanny truths from Wilson’s name at birth:

However our higher powers in the U.S. Government ultimately deal with Wilson’s recent actions, one thing is for certain, his forecast for month of October shows that permanent change is most certainly about to occur. Again Mercury through his approaching 5 Personal
Month, will have some more tricks up his sleeve. Proceed with caution Wilson.

One thought on “WILSON’S LIE IN NO WIN”