The Virgin will definitely begin to take a deep sigh of relief as our Pioneer has finally moved on to bring drive and action within The Scales. Mars has been in a long passage -which included a Retrograde request for review- in Virgo since 10 November 2011. Now, he is ready to start motivating refined desires within Libra until 23 August.

A relaxed and more well-regulated energy will have the potential to unfold with this transit, as courteous and persuasive attitudes are easily influenced. What Father Saturn has been asking for you to learn within this sign the most comes into its’ intensity as he and Mars will conjunct at 24 degrees Libra upon 15 August. This will be a divine time to truly take up in seeing both sides of what emerges here. By allowing balance to persist, the outcome that can be made through the requirement of hard work, is assured to regulate the energies to unfold self-reliance we are meant to begin to depend upon.

As our Pioneer journeys with The Scales, the ability to compromise and the power of reaction are also equally stimulated. Even as this “fighter planet” typically prefers to make action happen, he is more than willing now to find co-operative methods to do so. You’ll also more than likely find, up until Venus moves forward into Cancer upon 08 August -just as Mercury will turn Direct- that your Gemini/Leo/Libra areas of your life have some interesting yet dynamically harmonious forms of flowing between them. 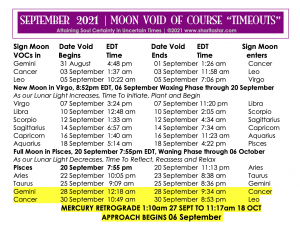