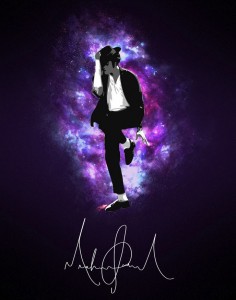 Whether you like or dislike Michael Jackson, one cannot be in any denial of the significant impact he brought to this world, in multitudes of ways beyond the legacy of his music he has now left behind. Certainly one could write a book alone about how the Universe affected the life of the “King of Pop.”

But we only have this blog space for now, and by the planets’ take, our legendary King was not cast into the easiest of karmic paths to achieve his success upon. Yet accomplish it he most surely did, being born upon the 29 August, 1958. This made him an “at service to the world” Sun Sign Virgo, a 29 Karmic Path who walked along a 42/6 Lifepath.

The very day of the calendar month anyone is born upon denotes the karmic path influence, influencing the career, personality, and life lessons -which for Jackson- came with the 29’s Grace Under Pressure warnings:

“The 29 is a number of perhaps the heaviest Karma of all. It tests the person or entity it represents for spiritual strength, through trial and tribulations echoing the Old Testament story of Job. The life is filled with uncertainties, treachery and deceptions from others, unreliable friends, unexpected dangers- and considerable grief and anxiety caused by members of the opposite sex. It’s a number of grave warnings in every area of the personal life and career.”

Sound like anything Mr. Jackson had to endure in his now seemingly short lifetime?

From the very beginning, when we saw Michael emerge as a member of The Jackson 5, he was subjected to abuse as a child. Here is where the duality of the 29-11’s energy first showed itself to Michael, as the world saw him as the brilliant child star that he was, but on the flip side, he equally was a scared, beaten child that no one had any clue this was happening to.

The Moon directly governs any 2 vibration (2+ 9 = 11; 1 + 1= 2), and those emotions are never far away for these souls to deal with, typically making them very sensitive and parental like a Cancer Sun Sign. Many 29 Karmic paths, no matter what sun sign they are born to, have trauma and circumstances of misfortune that place emotional scars upon the soul very early in the life.

We all know the life that Jackson lead, the high level of popularity his music became through his brilliant and innovative ways of entertaining us all. Yet, even with all of his Virgo service-oriented deeds to the world, his 29 karmic path attracted those troubles with the opposite sex, failed marriages, and the accusations that came his way of child molestation, which he was never found guilty for in a court of law.

“It’s a complete lie, why do people buy these papers? It’s not the truth I’m here to say. You know, don’t judge a person, do not pass judgment, unless you have talked to them one on one. I don’t care what the story is, do not judge them because it is a lie.” ~Michael Jackson

The 29 specifically asks a soul living out this karmic path to gravitate to charitable causes as one way to alleviate the possible burdens that the 29 can bring to the soul. The response of grace, as the title denotes, also works marvelously when those situation of pressure show up in the life. “Remember that the development of absolute faith in goodness and the power of the self…the constant and energetic cultivation of optimism…will act as a miraculous medicine for the problems of the number 29.”

Aided by his 42 Lifepath of Love- Money – Creativity, certainly there was much ease brought to Jackson’s life. There is no doubt, that along his life, he did heed the karmic mystery behind the 42 which asks a soul influence by it to utilized their creativity, apply it with the intention of love- and thus- will the money “magically” come their way.

Money, however, in the end, couldn’t solve the emotional turmoil that Jackson suffered from the roots of his life. Yet love was the medicine that Michael continuously did put forth, to the people who were a part of his life, and to the masses that he also brought comfort to with the money he generated in his lifetime.

The conversation could endlessly go on about the marvels and opposing trails of Michaels’ life, but let’s allow the revelations of Lexigrams finish the story that we already know to be true. Once again, those very letters that compose a given name are eager to share another uncanny tale that verifies their validity. As we close, we suppose it was no coincidence Jackson’s funeral was not only held on a Full Moon, but on a Lunar Eclipse as well.

MICHAEL CAME IN A MOON EMPHASIS

HE ENCOMPASS A SPECIAL COMPASSION

MICHAEL IS A HOPE CHAMPION

MICHAEL IS IN ACCLAIMS AS HE COMPOSES

MICHAEL IS A PEPSI SPOKESMAN ONCE

MICHAEL HEALS IN A COMPLIANCE

MICHAEL CAN ACCOMPLISH, AS HE PLEASES AS A MESSIAH

HE HAS A PALACE HE CAN ESCAPE IN AS HIS HOME

MICHAEL HAS A PALENESS ILL

HIS NOSE IS SEEN AS A CHAMELEON IN SHAPES

SOME PEOPLE COMPLAIN MICHAEL IS A MEAN ONE IN MALE MISHAPS

HE IS NO MANIAC, NO NEMESIS AS HE IS SEEN AS

MICHAEL IS IN SOLACE, A CALMNESS AS HE IS ALONE

MICHAEL’S NAME IS A CLASSIC ICON

As Madonna so appropriately said, “Long live The King.”