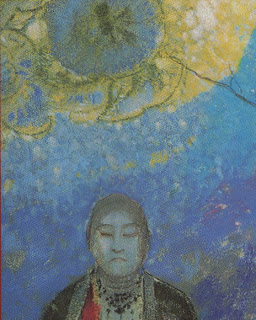 Since 1873, all East Asian countries celebrate Buddha’s birthday upon the 8th day within the 4th month of the current Chinese lunar based calendar -unless you live in Japan. This date, of course will vary from year to year, but more often than not, Buddha’s birth right is honored under the sun sign of Taurus. 10 May 2011 marks the 8th day of the 4th month since we began the New Year of the Metal Rabbit, 3 February 2011.

While the actual year he was born in some 2500 years ago remains uncertain, he was in fact born to the name Siddhartha Gautama, as a Prince. It is interesting to note Siddhartha carries the meaning “he who achieves his aim.”

With a pure 5 Name Expression from Siddhartha Gautama, it is no wonder this Prince has had the historical affect upon the masses that continues on through this very day. Name Expressions denote our career and public life energy, and when the planet Mercury watches over this, it is granted that the natives’ communication and movement will occur amongst the masses because of it.

Before he became the Master Number 22 Buddha Name Expression, and was recognized as “the enlightened one,” it is surely seen from his birth name Lexigrams (the poetic phrasing of anagrams from a name that tell the natives tale), the life he was destined to lead. Perhaps it is just another one of those “coincidences,” but how uncanny that we can clearly see -amongst other apparent truths within his birth name- the sun sign that seems to best describe the innate virtue of patience Buddha’s nature-loving soul so kindly left for us all to embrace.

SIDDHARTHA HAS A SMART AIM AS A TAURUS STAR TAG HIM

HIS AURA IS AS A MAGI’S, AS A DRUID’S AS SIDDHARTHA HUMS

SIDDHARTHA IS A RIGHT ARTIST AMIDST A STRAIGHT TRUTH

HIS ART SIGHT TRUISM AS A RIGHT AIM

SIDDHARTHA START A SMART DHARMA ART THAT IS A HIT

HIS TRUTH ART ADMIT TRUST IS RIGHT AS A SMART AIM

HIS STAR MUST GUARD AGAINST MAD HARMS