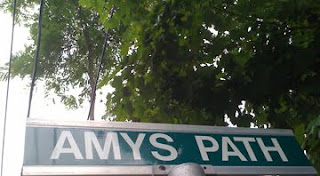 “If I died tomorrow,
I would be a happy girl.”
~Amy Winehouse

The average person may not have been all that surprised to hear that Amy Winehouse passed away earlier this summer. Yet, one cannot help to be saddened by a transition from Spirit that involves the soul not treating their body like a temple. Why was it, that Amy was so terribly troubled when she had such apparent and impressive success?

When she was a mere 24 years old, this Virgo 14 “to the masses” bombshell surely hit it on her star secrets mark as her 4 Grammy nominations turned into awards in 2008. In a 5 Personal Month in January 2007, Winehouse was in a preview of her 5 Personal Year to officially begin later that September, as the world started to see her true talents emerge like never before. Although Black to Black had its’ UK release in October of 2006, it was by early 2007 it truly began to reach international appeal. The momentum she gained throughout 2007 incredibly continued as she celebrated her 23/5 Personal Year that September, blossoming her further, attracting even more handsome attention from the masses.

But as one already knows, Winehouse’s world wasn’t all rosy all the time. Choosing to marry long before her 1st Saturn Return, (for any soul, happens at 28-30yrs old, when one acquires the life experience to make educated life long choices), she paired up and explored the trails and errors of a relationship involved with drug abuse. Here is where we see one choice that her free-will made that undeniably altered her fate.

While the Karmic Path of the 14’s Movement – Challenge is known to dabble in things that dilute the senses, the preferred outcome of this number is to have a positive the influence over the masses. It isn’t any surprise Amy made herself a household name at such a young age. The singular 5 here also grants her the innate ability to be talented in the realms of communication. Couple this with her native Virgo sun and her song writing skills were certainly unsurpassed.

At the very beginning of her current 9 year cycle that wasn’t able to be completed, Winehouse began it all with the album Frank in October 2003. Having just entered a 1 Personal Year, here is where she planted all the seeds in the garden she tended to over the years to follow. She received plenty of recognition in the UK for this achievement including BRIT Awards and platinum sales. By October 2006, in a 5 Personal Month, Black to Black was released as she lived out her final foundation laying 4 Personal Year. As her roots became firmly planted, all was set into place for her explosion at the 2008 Grammy Awards, oddly enough, by the numbers, to be the 50th ones ever held.

As we wrote in our “Hats Off to Amy Winehouse” on 11 February, 2008:
A word to the wise Amy, your 14 Karmic Path soul really isn’t a big fan of those drugs and abuse, you’ve truly already got all the natural energy you need with Mercury’s guidance. You’ll be onward with your self-discovery until your 1st Saturn Return begins in late 2012, you may just need to figure all that out on your own. Saturn still is requesting you do what’s right and play by the rules in the meantime as he visits your native sun sign from September of 2007 and will be in close watch until the fall of 2009.

While Amy did survive the transit of fatherly Saturn through her Virgo Sun Sign (which sits in her natal 5th house of her birth chart guiding her creative identity- and ability to shine on stage), Saturn was still visiting this piece of her Zodiac Pie for a long time to come. When one has a 5th house than spans from 19 degrees Virgo to 06 degrees Scorpio, a transit like Saturn’s will be casting the air of being responsibility here for a number of years.

There isn’t a doubt that Amy’s free-will choose to not listen to the wisdom that Saturn was trying to bring her. Instead of listening to patience and learning from prior experience in her life, the cast of Saturn brought forth a complete sense of restriction that she gravitated to. It was sadly witnessed in the weeks preceding her death, that her stage presence -which was normally a blessing for her- was nothing short of disastrous, and she barely performed with her typical awesome potential.

Today, Amy would have officially entered a 9 Personal Year, one that could have taken her to the true “Universal Nines.” 2010 marked her entrance into the 8 Personal Year, one where she ultimately should have been reaping a grand harvest from her previous 7. Yet, in one’s 8 year, hard work and discipline must accompany the rewards and recognition one is to receive, as Saturn is also the planet that guides this numbers’ request. Perhaps, it was too much for Amy to bear, what responsibility was being asked of her, as she was also walking down the 35/8 Lifepath as a Virgo 14 born in 1983. Yes, Saturn was always asking Amy for her wisdom.

As always when it comes to our names, we are granted further clues as to why a soul will live out the story that they come here in Spirit to share within another journey on earth through the uncanny wisdom of Lexigrams. This star secret, once again, equally affirms that the letters composing a name -when anagramed and phrased like poetry or prose- are able to shed light on the truth of the matter. Like Jim, Jimi, and Janis before her, Amy Jade Winehouse was never to see her 1st Saturn Return.

AMY IS A JEWISH WOMAN
AMY IS IN A MANY HANDSOME WINS
SEEM AMY IN AN EASE AS AMY WINS
AMY IS AN AWESOME SHOWMAN
AMY IS IN A MANY MAIN MONEY MOUNDS
AMY IS IN A MAIN DOMAIN
AMY’S NAME IS IN A MANY A HOUSE
AMY SEE SOME SAD DEMON DAYS IN DISMAY
AMY NEEDS NO WEED AS SHE DAWNS
SOME MAY SEE AMY AS WISHY-WASHY, ANYHOW SHE IS HUMAN
AMY HAS WISDOM SHE MAY SHARE AS SHE WIDENS
AMY IS IN HANDY WISE IDEAS AHEAD
AMY IS IN MAIN AMENDS
HUMANS DO ENJOY AMY’S JAMS AND SOUND
AS JIM, JIMI, AND JANIS: AMY DIES IN A DEMON WAY
ON A SAD SAD DAY AMY’S DEMONS WIN
AMY HAS A WISDOM SHE DENIES

Thank You for all of your awesome gifts while you were here with us Amy. As you have gone back to black, may you still have extreme courage and light to guide your wisdom and Spirit in a brand new way.