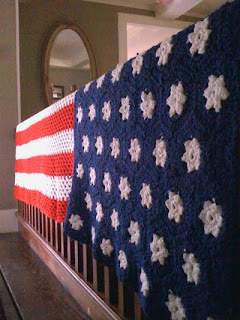 The United States of America has seen more than it’s fair share of changes since the last time it celebrated its’ birth upon 04 July 2010. Whether viewed as good or bad, these alterations are part of the journey that the nation is meant to experience within the Current 9 Year Cycle it is presently circulating through.

Like the irreversible and permanent changes that fell for the United States in 2001, when it was last in a 5 Personal Year, the action seen over 2010’s year in the life, were undeniably marked with movement and furthering from the new beginnings that were implemented in 2006. As 2005’s 4th of July was celebrated, the entrance into the 9 Personal Year brought many conclusions, finalizations and endings to the nation.

Ultimately, what cleared over 2005, made room for the seeds that were then planted in 2006. Now, by the 6 Personal Year’s request in 2011, it’s time to bring forth some necessary balance to enter the picture after 2010’s stirs of change. What is of absolute certainty -as it was in 2001, what that unfolded for the United States within 2010- there is no going back to what the USA once thought it knew.

The United States, as a Sun Sign Cancer combined with a 4 Karmic Path, walks down the Lifepath of the 32’s Communication, equally guided by the Messenger planet Mercury himself through the singular 5. Destined from the start in 1776, there isn’t a doubt how this energy has collectively worked for the nation at large. Looking at the course of history, it’s been one source of movement and versatility coming from the USA after another. Said the Chaldeans of the 32:

“This Compound Number has the same magical power to sway masses of people as the 14, the same help from those in high positions as the 23. Add all this to the natural ability to charm others with magnetic speech, and it’s clear why 32 is sometimes known, by modernizing the symbolism of the ancients as “the politicians vibration.” The complexities of advertising, writing, publishing, radio, television are not always, but usually are an open book to the 32 person, who tends to work well under pressure. But there’s a warning note sounded within this seemingly happy melody. 32 is a very fortunate number if the person it represents holds inflexibility to his or her own opinions and judgment in both artistic or intangible and material matters. If not, the plans are liable to be wrecked by the stubbornness and stupidity of others.”

Think the USA has those bases covered nicely from the intense presence it has had upon the masses within the world- one can not question the influence its’ politicians have equally had, whether you agree with their party or not. While the USA is meant to have its’ hands in multiple things, allowing others to be part of the decision making process typically results in poor outcomes.

As America now welcomes the 6 Personal Year, hearty congratulations is to be extended for surviving all of the changes that last years’ 5 stirring energies brought to the plate. Collectively as a nation, it will be time to embrace the influence of harmony over the next 12 months in the life.

Readjustments in values -especially those within the family- will be requested, as well as the opportunity to bring some needed balance back into the life after the movement and permanent changes that have just occurred. Remember, the new beginnings from 2006 wish to now move optimally forward. Now that the mid way point of the current 9 yr cycle has occurred, keep in mind, there is no reversing the changes that unfolded within 2010 until now.

Aside from artistic and romantic themes, all kinds of relationships formed within this 6 personal year will end up serving The United States for years to come, so our politicians are wise to choose them well, and allow diplomacy to be their guiding light. Adhering to compassion, feminine energy, and wisdom about money will serve any American well until the next 4th of July is celebrated in 2012. Time devoted to nature wherein one can calm the emotions are also smart ways to choose to spend it.

Be sure to equally note the new energy coming from the Solar Eclipse 01 July, which asked for fresh starts in how the world takes the USA in, those first impressions and the entire understanding of “I am.” It’s time to put on a fresh new mask to world America- so don’t be afraid: “If it is new, it is for you.”

Astrologically, America is currently experiencing it’s own Saturn Return just like any human does. This is the couple year period surrounding 28-30, 58-60, and 88-90 yrs of age throughout our short lifetime. When looking to the lifespan of a country, this will keep happening every 28-30 years. Saturn sits at 14 degrees Libra in the USA’s natal 10th house of Career and Public Life, where it is also now currently transiting at 10 degrees, and about to conjunct the natal Saturn once more upon 21 to 30 August, when it will reach 14 degrees Libra.

Jobs will continue to become a source of restriction and realignment. The USA’s presence in the world economy and how it is viewed by the public will equally see it’s restructuring, as the lessons needing to be learned here will continue to let themselves teach the masses what they are meant to know. Whenever we look to Saturn- all is not to be feared. Yet, being responsible to wherever Saturn is presently transiting is wise to choose.

The United States is within a slow and patient process of restructuring its’ job sector, and how the public views it for it’s toil and ambition. What we once knew as comfortable and secure here is changing, and it order for us to move forward optimally past this present Saturn Return as a nation, we cannot expect to go back. It’s time for something different to unveil itself.

As 2010’s energies brought in swift change, we are surrounded by the request now of Venus to truly take a look at both sides of any issue within the year ahead before making important decisions. Venus also is in total favor that once properly accessed, we let love guide our true outcomes. Choices made in any other intention, may not reap positive results.

In the end, what the USA may value most is the realization that harmony does not come from the realms of money at all. Going back to how important being in nature is within the year ahead, here is where any American is meant to take some necessary time to learn. The true meaning behind compassion in all of its’ forms brings a multitude of things to ponder through 04 July 2012. Balance well, America.